Tequila is a mixed drink from the 16th century as a result of the syncretism of two cultures: the Mexican and the Spanish. The Mexica never imagined the dimensions that they could reach with the discovery of agave honeys. After the arrival of the Spaniards to Mexico, a new post-fermentation process, distillation, was incorporated, thereby obtaining an innovative liquid: tequila.

In the beginning, the laws limited its production and at one time it was completely prohibited, resulting in the manufacture and sale in a clandestine way, because preference was given to the commercialization of Spanish wines and spirits, in order to promote that market in our country. Over time, the tequila industry became stronger, and grew significantly. Today it is a drink that has crossed borders, and is recognized and consumed throughout the world.

It is made exclusively from “blue variety tequilana weber agave”. To obtain it, all the leaves are removed, until only the pineapple (heart) remains, after cooking the juices (musts) are extracted, and once fermented they are subjected to distillation.

This last process is carried out twice, in order to achieve a higher alcohol content. The first distillation is known as “shredding” and reaches an alcohol volume of around 20%, in a couple of hours, while the second, also called “rectification”, achieves between three and four hours, a level close to 55% Alc. Vol.

According to the amount of sugars from the agave used in its preparation, it is classified into the following 2 categories:

The first is made only with sugars from the “blue variety tequilana weber agave” and the second from the mixture with other sugars in a portion no greater than 49%. Both categories, in turn, are subdivided into five classes, according to the characteristics acquired in post-distillation processes, which are listed below:

Its fame and importance in the international market has made it vulnerable, as products have emerged that have nothing to do with its nature. That is why a “Denomination of Origin” was created, in order to protect its title, origin and prestige.

Said protection, practically, refers to the name of a geographical region with which an agricultural or food product made in that territory and with raw material grown in those same lands is called.

For this distillate to be called “Tequila”, its production must be carried out in strict compliance with the Official Mexican Standard for Tequila.

Each container must have a label, the information on it must be clear, legible, truthful and in Spanish, so as not to confuse the consumer. Here we tell you the data that the bottle must contain: Located in the Bay of Banderas, in the state of Jalisco, the city of Puerto Vallarta is considered the second most important tourist destination in the Mexican Pacific, its spectacular mountain, beach and mangrove landscapes offer its visitors endless activities and tours. Puerto Vallarta was a traditional town before becoming an international tourist destination. The Spanish conquerors in 1525 named it Bahía de Banderas, based on the name of the culture that had settled here. After the Independence of Mexico it was renamed Las Peñas de Santa María Guadalupe and later shortened to Puerto Las Peñas during the years of the silver mining boom near San Sebastián and Mascota.… END_OF_DOCUMENT_TOKEN_TO_BE_REPLACED On the Jalisco beach map, the coastal corridor known as Costalegre stands out, which includes four municipalities: Cabo Corrientes, Tomatlán, La Huerta and Cihuatlán, as well as the coastlines of six bays: Tenacatita, Bahía de Navidad, Costa Careyes , Costa Majahuas, Bahía de Chamela and Cabo Corrientes. All of these are considered among the best beaches in Jalisco. Tourism in Jalisco is one of the largest in Mexico, since this activity attracted almost 22 million national tourists and four million foreign tourists who visited the state during the last year.… END_OF_DOCUMENT_TOKEN_TO_BE_REPLACED 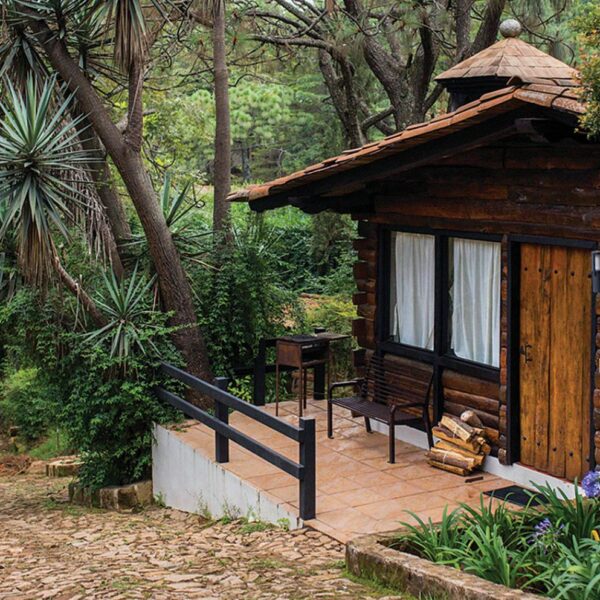 Jalisco has 8 Magic Towns where you can live unique experiences, enjoying the local gastronomy, the impressive natural landscapes, walks and ecotourism excursions, but best of all, the warmth and hospitality of its people.… END_OF_DOCUMENT_TOKEN_TO_BE_REPLACED The state of Jalisco has an amazing diverse and delicious cuisine, it is arguably one of the most traditional regions of Mexico. When Spanish settlers came to the region they introduced several ingredients to the Mexican diet. This fusion of cuisines and ingredients has made Mexican cuisine one of the most extensive and nuanced cuisines in the world. Classic dishes for the area include the Birria, a dish made of beef, goat, or lamb baked in a sauce with several spices, hot peppers, and chopped onion, prepare it is in a barbecue, in a hole in the ground; the pozole, stewlike soup of pork or chicken, hominy, mild chili peppers, and coriander leaves; the pipian, a sauce served as a condiment or marinade sauce for poultry, seafood, pork, and vegetable dishes; tostada de pata, fried tortilla with beef meat; enchiladas tapatías, a corn tortilla rolled around a filling and covered with a creamy poblano chile and tomato sauce; and the famous tortas ahogadas, a sandwich made of a special bread called “birote” (saltier than bread rolls) stuffed with pork covered or “drowned” in a spicy sauce prepared with tomatoes and hot peppers.… END_OF_DOCUMENT_TOKEN_TO_BE_REPLACED Near Guadalajara there are several of the most beautiful and interesting towns in the country, so these vacations you can take advantage of and visit those places that keep the true essence of Mexico in their streets.… END_OF_DOCUMENT_TOKEN_TO_BE_REPLACED No visit to Guadalajara would be complete without taking time to shop. Whether you need a new pair of shoes, a luxury tailored suit, home décor pieces, or even Mexican spices, Guadalajara is sure to exceed your expectations. Shopping options in Guadalajara are extensive, whether you are looking for footwear, handicrafts, jewelry, sweets, souvenirs, in this guide we try to include options for all budgets.… END_OF_DOCUMENT_TOKEN_TO_BE_REPLACED Jalisco is full of surprises. A cosmopolitan metropolis modern, but authentic and traditional at the same time. Many of things which are typically associated with Mexico have their origins in Jalisco. These include rodeos called charreadas, mariachis, and of course the tequila.… END_OF_DOCUMENT_TOKEN_TO_BE_REPLACED Guadalajara is the capital of the State of Jalisco and the second largest city of México. It is known worldwide for its folklore, the renowned Mariachi, handcrafts, tequila and the national sport, charrería. Few cities can offer such a variety of interesting things to see and do, involving the visitors in a cultural, historical and legendary atmosphere. You can begin your enchantment by visiting the Historical Center and its magnificent buildings. The rich colonial legacy can be seen all over the city, including the Cathedral, featuring the symbol that has become emblematic of Guadalajara, its towers. Tlaquepaque and Tonalá are located out of the city limit, both towns are worldwide known for the quality and wide variety of its handcraft.… END_OF_DOCUMENT_TOKEN_TO_BE_REPLACED

Mexico is one of the best countries for Ecotourism as it has a great variety of flora and fauna, as well as a large number of refuges for extraordinary species. You can enjoy recreational activities of appreciation and knowledge of nature through contact with it, such as: stargazing, observation of natural attractions, wildlife and bird watching. Throughout México there are more than 176 protected natural areas, 5 of them considered by UNESCO as Natural Heritage of Humanity. Just for this and much more, we believe that Mexico is a Paradise for Ecotourism.… END_OF_DOCUMENT_TOKEN_TO_BE_REPLACED

Mexico has an incredible diversity of landscapes, where the beauty of its beaches, internationally recognized, stands out. In its vast territory of coasts, there are beaches of unparalleled beauty, and colorful landscapes. A large network of first-class hotels and tourist services is available to visitors to these beaches. Mexico is also mystical places, dotted with archaeological testimonies inherited from its original inhabitants. Monuments made by the Mayas, Aztecs and Toltecs are located in magical landscapes, like lighthouses in an ocean of natural beauty. They offer visitors buildings that tell their history, and museums that collect their cultural heritage. And that keep alive ancestral traditions, in ceremonies and festivals, where you can enjoy cultural activities and entertainment.… END_OF_DOCUMENT_TOKEN_TO_BE_REPLACED

On the Beaches of Mexico you can immerse yourself in the intense blue ocean of the Pacific bays, sunbathe on the shore of the warm and transparent waves of the Caribbean Sea in Quintana Roo or even rest on the beautiful coasts of the Gulf of Mexico. Mexican beaches hide wonderful secrets for the traveler. By visiting them, in addition to enjoying the excellent climate and water activities, you can discover splendid archaeological sites and interesting colonial cities without traveling long distances.… END_OF_DOCUMENT_TOKEN_TO_BE_REPLACED

The Gastronomy of Mexico has a great diversity of typical dishes, which is why it was recognized by UNESCO as Intangible Heritage of Humanity. The basic and representative ingredients of Mexican dishes are: corn, coriander, chili, beans, piloncillo, nopal and tomato. Mexican cuisine is also characterized by its sauces, which serve as an accompaniment to traditional dishes, prepared based on spices.… END_OF_DOCUMENT_TOKEN_TO_BE_REPLACED

Folklore, gastronomy, literary culture, art and exhibitions, is what you will find in the capitals of the states of Mexico. To the north, colonial Mexico, Puebla, Guadalajara, Guanajuato, the Sonoran desert and the California peninsula. To the east Veracruz and the gulf. To the west Acapulco, Oaxaca and Tuxtla Gutiérrez. And to the south the Riviera Maya and the pyramids of Chichén-Itzá, Tulúm and Cobá in Yucatán, Palenque in Chiapas, the cenotes, and the Central American jungles.… END_OF_DOCUMENT_TOKEN_TO_BE_REPLACED

The Archaeological Zones are the cultural past of every Mexican. You will be amazed at the ambient, nature and the environment that surrounds them. Climbing to the top or being around it will take us back in time to admire every detail. México is a country of culture and traditions, many of which we have inherited from the pre-Hispanic inhabitants of this vast territory, although it is true that there were more settlements in the central and southern part of the country, it is also possible to find some archaeological remains in the north.
… END_OF_DOCUMENT_TOKEN_TO_BE_REPLACED

It is practically impossible to make a meticulous, and above all, accurate selection of the places to visit in Mexico. Each place that our country houses is unique and beautiful in its own way. Mexico, with its nearly 2 million km², has a large number of scenarios to offer, as well as endless activities to do. Do not lose your way and enter the places to visit in Mexico. In Mexico, apart from the beaches and its famous archaeological sites, there are many other really interesting sites and activities that you should know. In the surroundings of the main cities you will find places full of culture and tradition, where you can spend relaxing, interesting and fun vacations. On your trip through Mexico you cannot stop obtaining souvenirs, the crafts that are made here are of the highest quality and recognized worldwide. A shopping tour cannot be missed.… END_OF_DOCUMENT_TOKEN_TO_BE_REPLACED

A Magic Town is a place with symbols and legends, towns with history that in many cases have been the scene of transcendent events for our country, they are places that show the national identity in each of its corners, with a magic that emanates from its attractions ; visiting them is an opportunity to discover the charm of Mexico. The Magical Towns Program contributes to revalue a set of populations in the country that have always been in the collective imagination of the nation and that represent fresh and varied alternatives for national and foreign visitors. A town that through time and in the face of modernity, has conserved, valued and defended its historical, cultural and natural heritage; and manifests it in various expressions through its tangible and intangible heritage. A Magical Town is a town that has unique, symbolic attributes, authentic stories, transcendent events, everyday life, which means a great opportunity for tourist use, taking into account the motivations and needs of travelers.… END_OF_DOCUMENT_TOKEN_TO_BE_REPLACED